If you don’t already know the work of Sally Mann then I urge you to lose yourself in her site for a while – her work is really very beautiful.

She is best known for her Family Pictures series, which features her children playing in the family’s remote summer cabin. It caused controversy at the time as her children are naked in many of the photos and she was accused of promoting child pornography and reneging on her parental responsibilities. She has said that when her daughter saw her own photograph with modest stickers applied without Mann’s consent she asked her Mum what was wrong with her. I also really love her Proud Flesh series which captures the changes in her husband’s body as his muscular dystrophy progresses.

The photo I have chosen to pay tribute to today is at the bottom of this post and is from her haunting Faces series. This was actually a pretty quick and dirty shot, lipstick hastily applied and the photo snapped on my phone before I hopped in the bath and edited it using the Snapseed app. I deleted my features using the ‘healing’ function. I couldn’t get the shadow of my nose right so I decided to lose it altogether and create the definition and shading with my jawline instead. I then used the Lens Blur function to create the out of focus look. 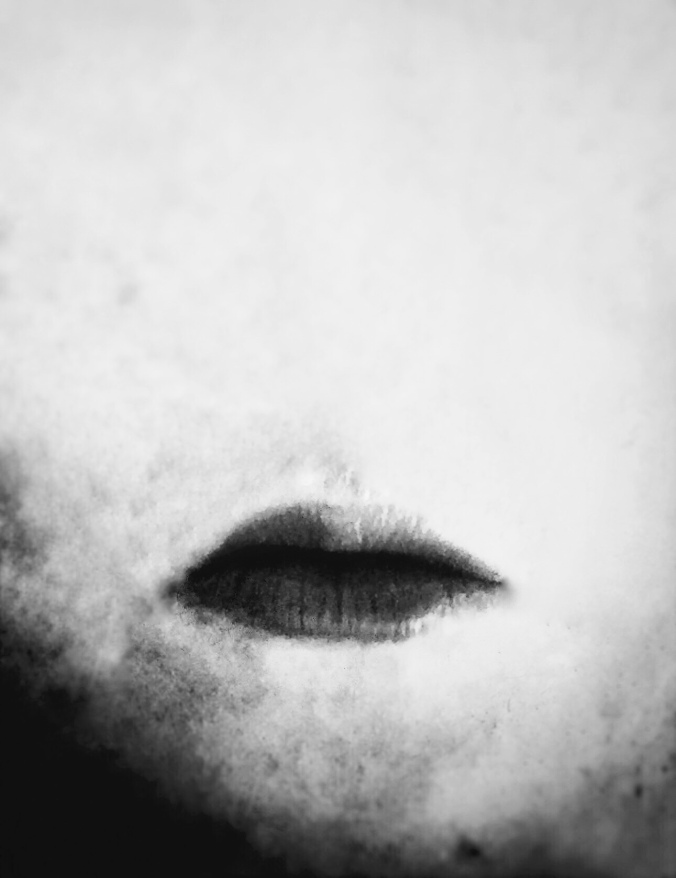